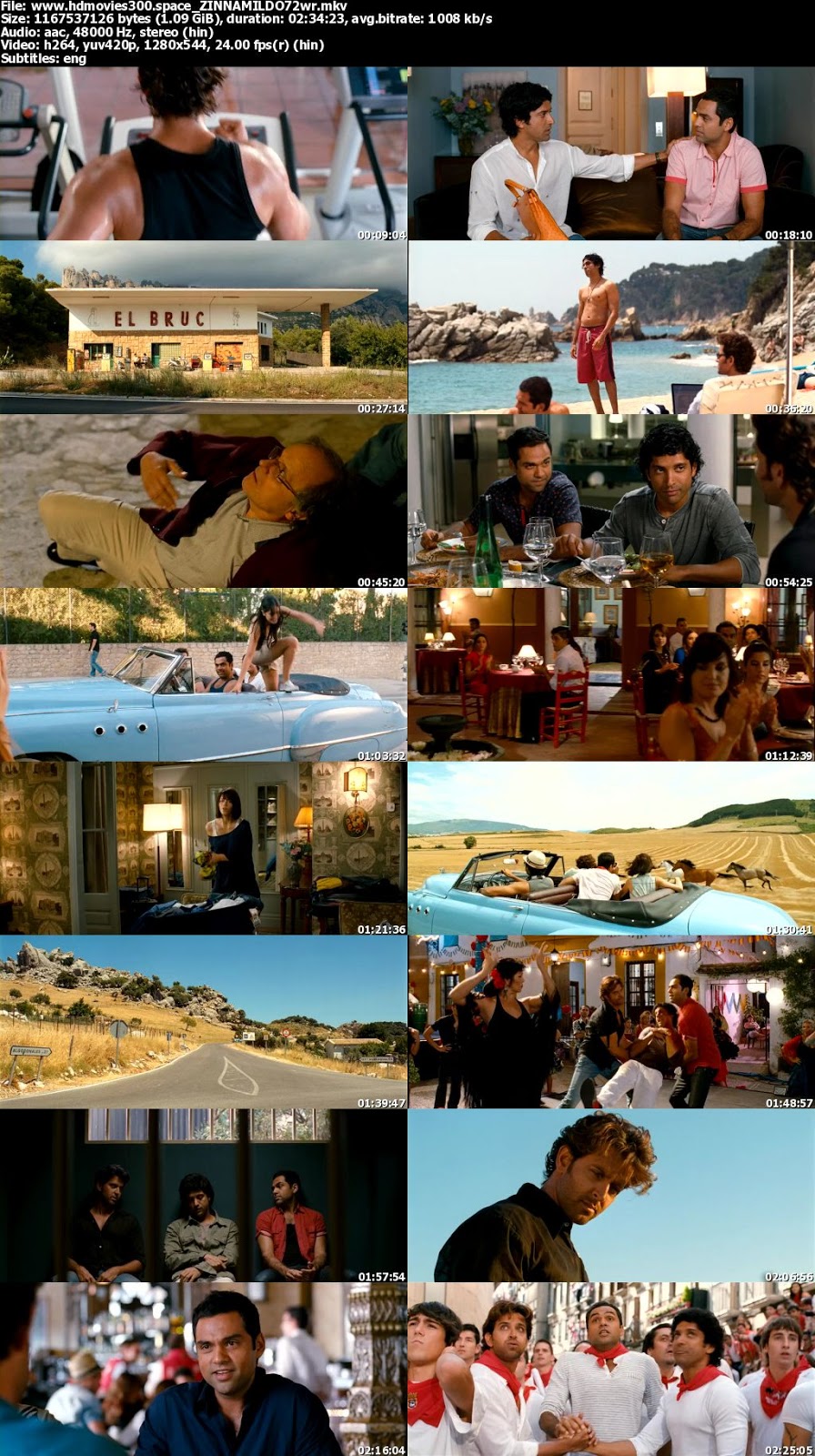 Hritik is an actor who can do wonders when he lands the right roles. When even the new entrants avoids multi starrier movies, he has taken a role where other actors share more or less the same screen space, with no insecurity and no ego. In the movie you get to see a completely different Hritik, with a script which does not glorify him, he is just a friend among the three and he brings life to the movie with his charm and charisma.Farhan was bit of a surprise to me. He has grown as an actor from "Rock on" and "Karthik calling Karthik". I always found him to be more fit for a serious character than for the joker in the pack act. He does it extremely well. Probably its because of my prejudice that it was hard for me to take him in the role, but i had to let go my resistance.There is nothing to give out as a story, its all about three friends on a trip and trying out different things that they never tried before and how those things change there lives. But the beauty is in the details and climax. I think how the movie ends could have been better but song at the end of the movie with the credit makes up for it.