Movie Plot: After a highly unusual zombie saves a still-living girl from an attack, the two form a relationship that sets in motion events that might transform the entire lifeless world. 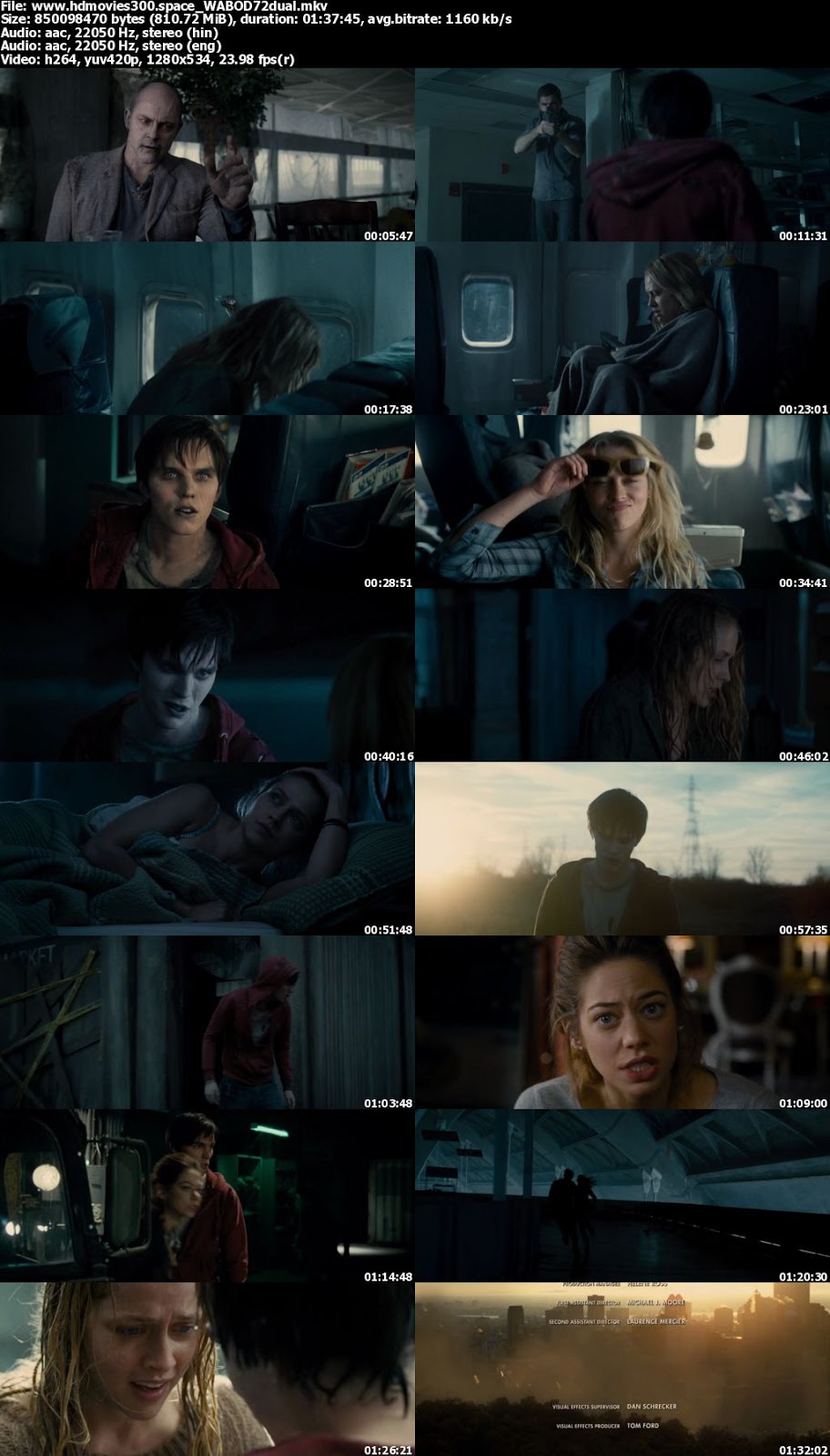 A genuinely pleasant surprise! Here’s a film that takes a dead-on-arrival plot (no pun intended) and turns it into something that is fresh for the uber-popular zombie genre.

While the film gets off to a slow start and the acting can be *ahem* stiff at times, we as an audience are invested in this endearing and lovely relationship between the zombie, R, and his living girlfriend, Julie. We want to see them live happily together and survive in the odd, post-apocalyptic conditions that plague their world. I also can’t help but dig the nice use of music in this film. Nice work!

Finally the great zombie romance? Well, maybe not, but it’s the closest I’ve seen. You get to see zombie life from the perspective of a zombie, who starts to get feelings for a girl who’s alive.

Through a set of circumstances, he “rescues” her and they take refuge in a grounded plane at an airport overrun by the undead. There were several original elements that I had never seen in a zombie movie.

First and foremost is the narration by our young zombie giving us insights into his condition. He can barely utter words, but weirdly, in his head, he seems smart and talks normally. I liked that part and I was kinda sorry when he got somewhat better at talking, therefore evacuating most of his thoughts.

Second original element was the romance. I wasn’t impressed by it, but at least it was slow-building, somewhat charming, avoiding most of the disgusting stuff, and you kind of rooted for them by the end.