Movie Plot: Jackie Chan is a youngster, living in a remote village with his grandfather who teaches him Kung-Fu. He keeps getting into fights, even though his grandfather warns him not to show their Kung-Fu to others.
Jackie, though, is tempted by some thugs he beat up to act as the master of a Kung-Fu school. This school’s name apparently spreads far, as an old enemy of Jackie’s grandfather shows up and attacks him. Jackie goes on training with the help of another member of the old gang, until he can eventually get revenge. 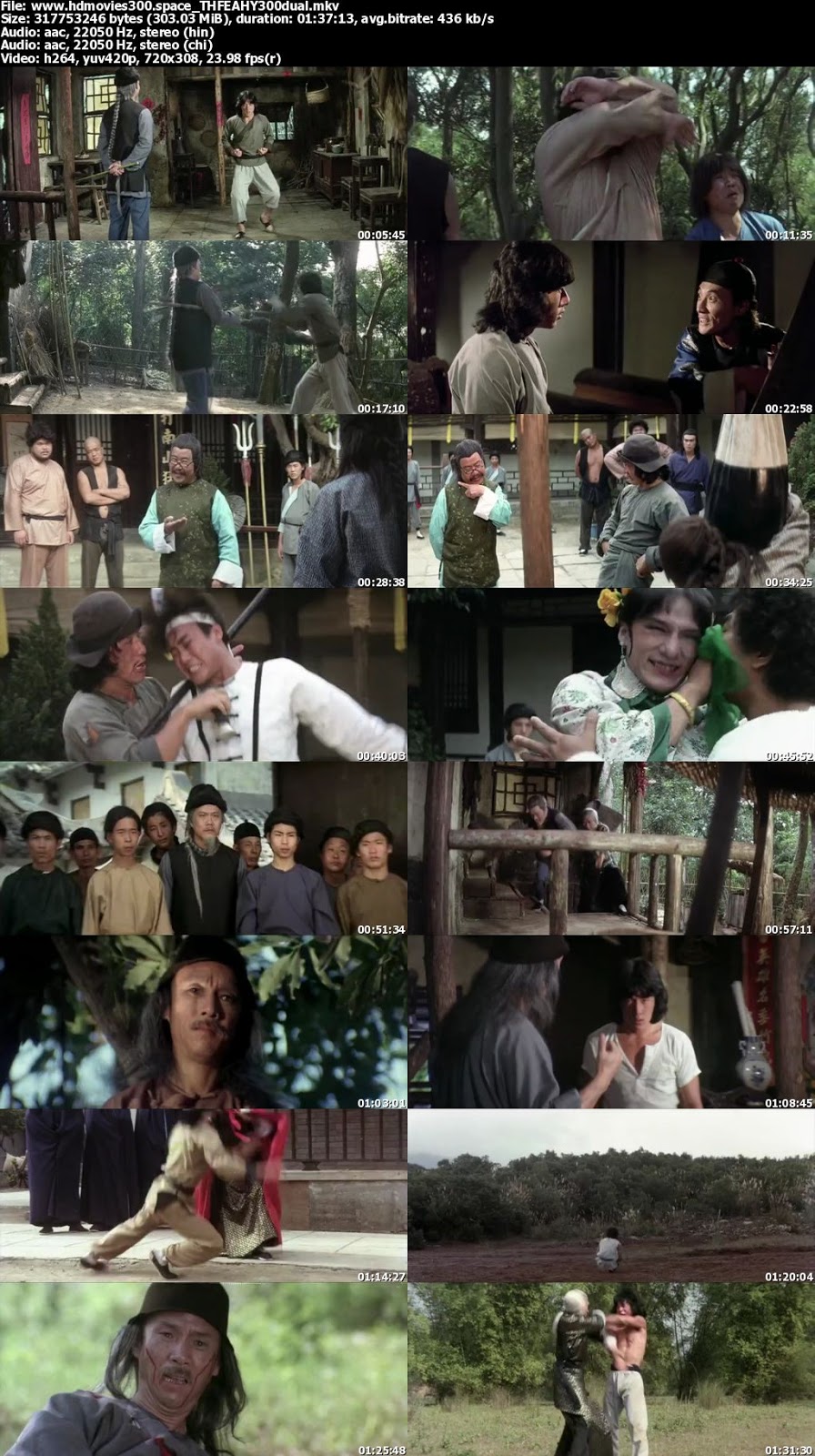 Some of Jackie’s best fight scenes ever are in this one. Nobody mentioned the one near the end where he’s attacked by 3 guys with spears / machetes (you’ll see what I mean). The attacks come one at a time, and then all in sequence. The cuts show that there are very few breaks in the action, lots of continuous fighting. Amazing nobody got seriously injured or even killed during the filming.

Another scene of note that everyone talks about is the chopstick scene. But how about the fight against the guy with the two swords? Yet another death defying feat of timing, reflexes and luck.