We all remember the line from the original DAWN OF THE DEAD, “When there’s no more room in Hell, the dead will walk the Earth”. Somewhat surprisingly though, beyond the occasional vague references to Hell, few modern films have really used religion in conjunction with zombies.
Even voodoo, the source of pre-Romero zombies has been pretty much abandoned. French filmmaker Emmanuel Saez has combined the living dead and Catholicism to produce ANGELS VS ZOMBIES.

Beginning with a meteor shower that destroys Rome and the Vatican. The Pope and six cardinals escape the carnage and are revealed to be archangels. Sometime later two French cops arrest a violent criminal Paul (Vincent Andres) who suffers cardiac arrest and dies. But on the way to the hospital, he revives as though nothing had happened.
Once at the hospital all hell breaks loose as patients become raging killers. The surviving policeman David (Philippe Coste) finds himself teamed with Victoria (Sonia Perez) one of the archangels. As it turns out Paul is one of the Four Horsemen foretold in the Book of Revelations and he’s unleashing Satan’s army on the world. 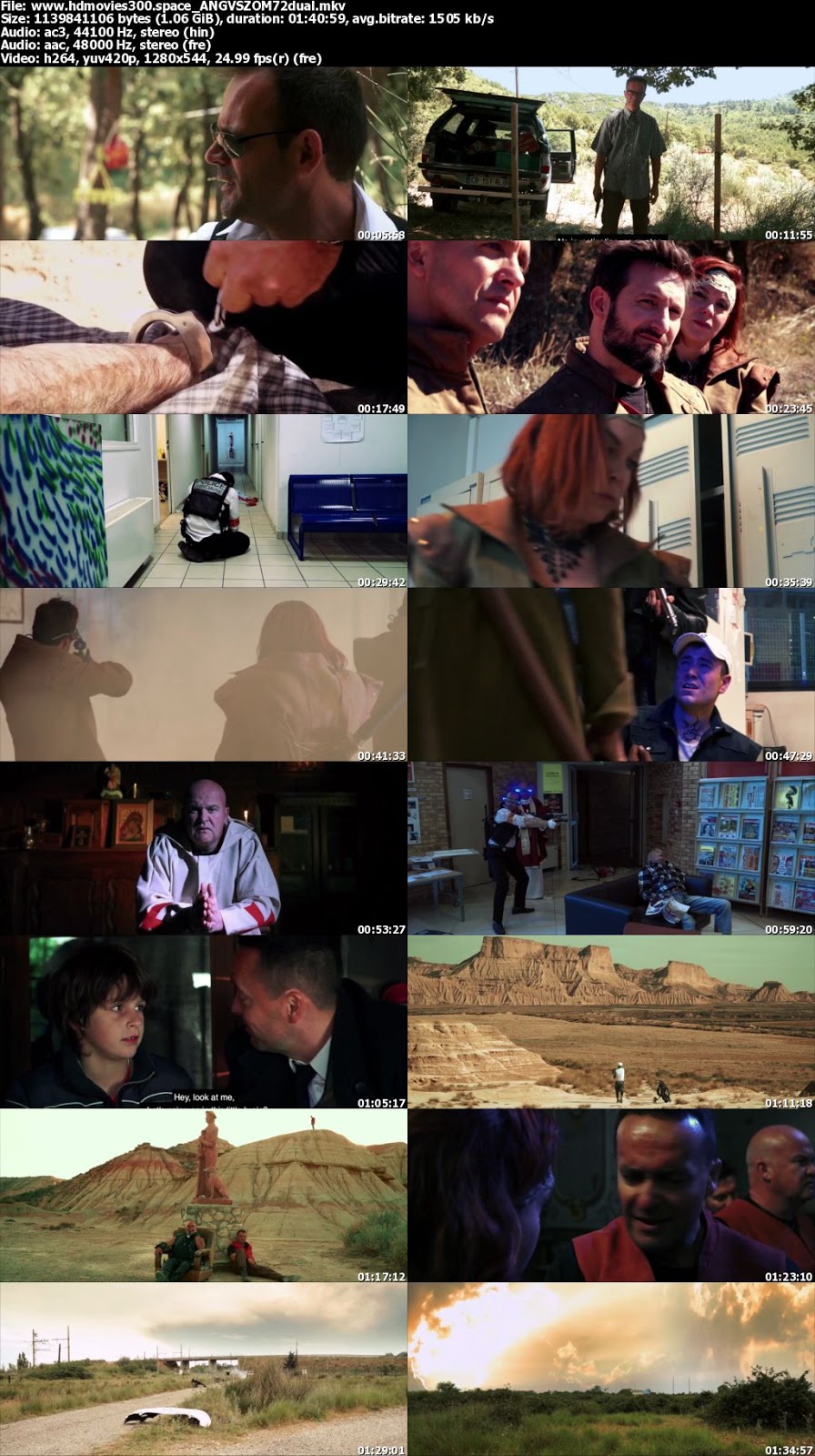